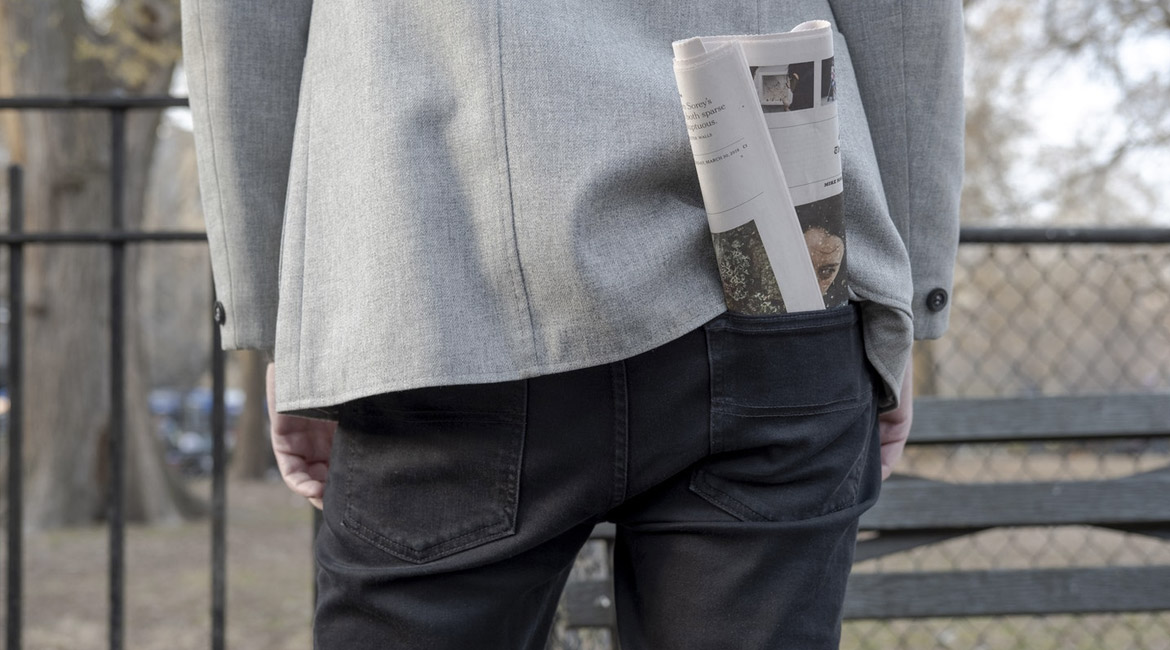 And in its final moments, it needs me.

I know I’m not alone with these feelings.

I’ve seen the tell tale flags of others reading the newspaper, or carrying it around when it’s really not needed. For awhile I even held the status of subscriber. Every morning I would creep down the hall to the door of my apartment in my underwear just to see if it was successful in its journey from a writer’s desk, to the press, onto trucks, into streets, and carried by a faceless army marching to predetermined doors in the early light of dawn. If everything went according to plan, I would find it on the floor, looking up at me with an image of whatever happened to be happening. Only to grab it, pull it inside, and go back to bed.

Eventually, I ended that demanding affair. The pressure to read it every day became too much, the growing mound of newsprint requiring disposal, too overwhelming to deal with. But I still buy the newspaper from 7-11 on Sundays, and take it somewhere to read. The New York Times. Possibly the last great newspaper. The Times, especially on Sundays, survives only because its sights are set on things beyond being timely.

Born from the ground, made from the trees. I love to roll it, to fold it, to read it, to pull it in and out of my back pocket. A performance. A subliminal statement that says, I believe in keeping something alive. Strategically accessorized to my function, with a particular headline from a prized section that I’ve specially curated just for my commute, and exposed to the street. Sports. Metropolitan. Or Arts & Leisure. Maybe Obituaries — death, it’s everywhere, especially on the front page.

The newspaper isn’t a viable vehicle for news anymore, it’s a design object. When I hoist it in front of my face to hide among people using devices that will one day find themselves in the same predicament paper is currently wrestling with, its delicate wings envelop my person and wrap me in juxtaposition with my surroundings. In an office, on the train, a park bench, a bar, a restaurant table, I hold up pictures, words, and phrases for all to see. Beauty, the most beautiful things. Horror, the most horrible things. A mix of the two, and everything in between.

I should do more to keep it alive, a renewal perhaps? Like many things I love and care about, I will do nothing and they will leave. So, it’s doomed. Instantly out of date, imprisoned within the draft it was cast from, no longer able to accept updates, but still demanding to be reckoned with, then disposed of so it can live again. Until it can’t.

It calls to you.

I can still do this.

published: July 16, 2020
byline used: david look
category: literature & poetry
appeared in: nothing for us
< back to all writing