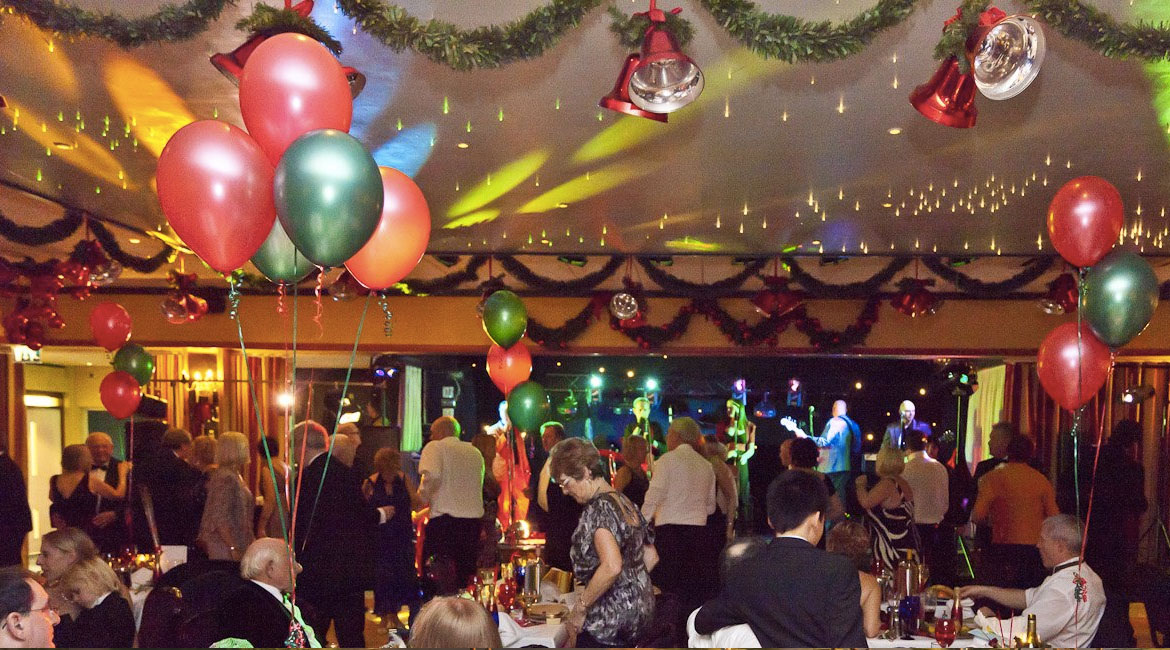 It began as an accident. One evening some years ago during the holiday season, I happened to find myself amongst a demographic of the population who had no spirit. A group whose numbers at this time of year are impressive, but steadfastly forgotten. An armada obtuse to the onslaught of imagery and sounds that represent the perversity of Christmas. For that’s what the holiday season can be: a magnification of everything that’s wrong; a benchmark of defeat; a time when thoughts of home, family, love, community, togetherness and giving do nothing but conjure a vast emptiness.

That night, I was in the early stages of routine. It started with a drink shortly after a day of work. Even a few friends were there despite the season and its demands, but I knew better not to be fooled by these promising flags. The camaraderie would soon disperse for dinner obligations, a party or even more humbling, a date. Of course, I had no plans. So, well-dressed and alone, I would head home towards nothing.

That’s when it all changed. Too early for bed and too late to sit in a movie, I ventured towards the glowing lights of the Hyatt. The intention of procuring a nightcap at the hotel bar was forgotten as soon as I stepped into the foyer and found myself succumbing to the most luscious and inviting sound. Wafts of laughter and music swirled about the walls of the lobby and mingled with the glow of Christmas lights and ribbon that hung on every conceivable support. Flowers, freshly cut and abundant, bloomed forward from every corner to mark a path leading to the intoxicant coming from upstairs.

It was a Christmas party, a corporate Christmas party, and each moment spent listening drew me closer. Each step up the stairs was met with a fluctuation of sound that came in waves, which often crested in outbursts of uncontrollable laughter. Once I arrived at the top of the stairs I strolled past the warm smiles of the parting gift crew and cut deep into the crowd surrounding the entrance. The gaze of a security guard casually met my empty eyes with little interest. I belonged here, and before I even realized what I was doing, I was in the Hyatt’s main ballroom ordering cocktails from the open bar, helping myself to Thai chicken skewers and sampling the delicacies at the cheese station while I got acquainted with my new family. I was home.

Now the holiday season meant something else. Instead of feeling lost and alone as all my friends ventured off to the love of family or exotic locales with significant others, I had plans. I became Tom, the new hire in marketing, or Rich Cuttington in accounting. Other times I’m Herb Essin, writer, whose wife was new to the firm and, while I’m not sure of her exact title, she’s damn good at what she does — I love that girl! When things were going really well, I’m Tim Bluth, fresh from Toronto. Tim is, as always, a new hire and recently widowed. This, more often than not, produces an extension of the evening into the arms of a woman well into the small hours of the next day. This might sound like a stretch, but my family accepted the tall-taled circumstances of my existence because of the late hours in which we spent our time together — along with the dinner wines and aperitifs.

So, if you subscribe to many of the emotions that I’ve outlined here this time of year, I’d like to do my part to help this season. Here are some tips on how you can join the living at a corporate Christmas party, even if you’re dead inside.

1) Know and respect your hunting grounds:

If you’re looking for a cool party, this scene is not for you. This family gathers in the ballrooms of B-class hotel chains — Hyatts, Radissons, Westins, Marriotts. Here, an unfamiliar face is welcome amongst the familiar boredom that is the sustenance of white-collar business. Bloated budgets, bored wives, open bars, decadent food stations and Billy Idol’s “Mony Mony” after dinner, for when things really get going. Spend a couple seasons here before you move up to the A-class hotels, like a Fairmont, where the pros hangout.

2) Travel alone, because you are:

This is a solo affair. This is an activity designed out of desperation — an act fueled by a hunger to belong to something, anything. Of course, a partner in crime can be of service, but make sure they feel as pathetic at this time of year as you do. Two men together has an element of Night at The Roxbury, while women, especially attractive ones, attract attention. This is rarely a good thing. You want to be noticed, but you want the people to look through you, not at you. Worst possible scenario is a bored group of colleagues seated at a table with nothing to say to each other, so they start to look at you while in line for another Manhattan. Who the hell is that guy? An escort from security will surely follow.

Don’t enter, integrate. Become a part of the mix as soon as possible. Get straight to the nucleus of the gathering and look straight into its eyes, then say, “Hello.” Remember, you belong here. Be void of outerwear, because your coat’s been checked already, remember? Make sure dinner has been served, people are moving around and the drunks are getting a bit tight. If you see couples tersely arguing as they leave, you’ll know the golden hour has arrived. Always find someone to talk to, and make sure it’s not a member of the opposite sex with a date fuming at the table wondering who you are. Again, avoid reasons to abort the mission prematurely.

4) Dress, however, is everything:

Look fucking better than anyone there. Intimidate with cut and fabrics, not trend. All this party crashing may sound rather exciting, but I’m rarely challenged if well-dressed. This is a charade, and costume is mandatory. However, that being said, this is not a nightclub. Leave the peacock routine at home. Dress within the boundaries of expectation for these sorts of things. The wardrobe of the seasonal crasher never goes out of style, so a few outfits will set you back some, but the effect of wearing it will propel you forward for years to come. Invest wisely.

5) Getting busted is kind of hot:

If you’re pulling Johnnie Walker Double Black neat from the open bar and suddenly find that you’ve been caught, don’t sweat it. You’re likely the most interesting thing that’s happened to this scene in years, so keep smiling, and keep drinking. It takes a particular breed to bother your kind, but trust me, they’re out there. You’ve got another 30 minutes tops before anyone musters and has you escorted out. And I assure you, in the high hours of the evening, being escorted by security in your weekend dress through a hotel lobby towards arriving cabs and cars isn’t necessarily a bad thing. The kind of mystique and intrigue such a scene causes often proves irresistible to the bored guest who is just leaving. So you might just find yourself motoring off to a new adventure. If not, there’s always another hotel within walking distance.

I’m sharing this guide to discovering the holiday nighttime world because I have little use for it anymore. It seems that after a few seasons spent rolling through lobbies and ballrooms with never a weekend left for want of something to do, a change took place. The facade I created for myself began to spill over into the real world. After years spent trying to find life in a party, I became the life of the party. Somewhere along the line, I stopped feeling uninvited, because I wasn’t.

It’s Christmas, and my calendar is full, but if you find yourself with nothing to do tonight you’re welcome in the home of my family now that our rituals and traditions are in full swing. Just follow the rules of the game and we’ll be there for you.